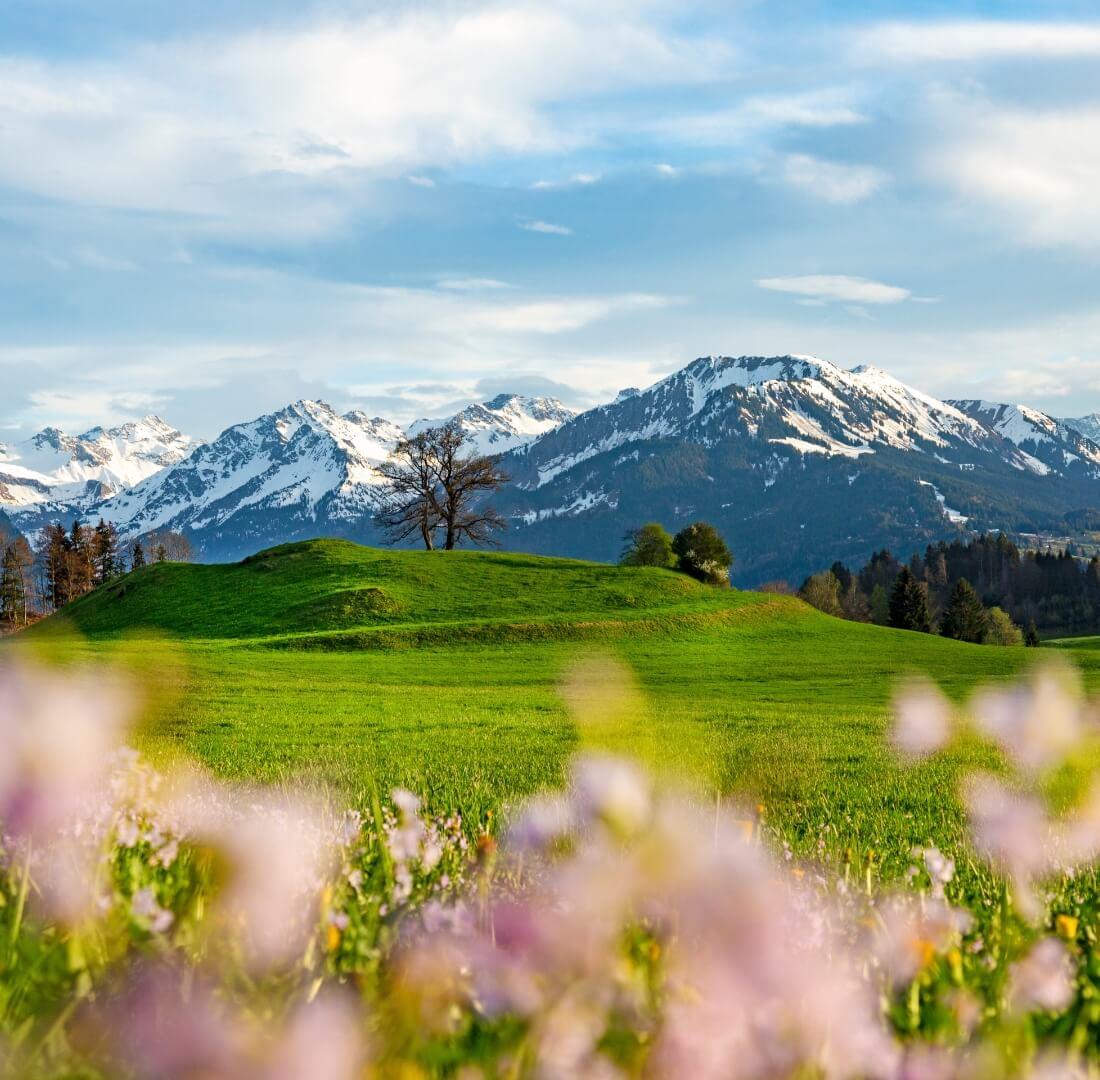 Vacation
with heart
and a view

A family business
through and through

Karlheinz Knöbel - the "Patron".
Karlheinz Knöbel is the owner of the Alpenblick. As the head of the family, he is there for everyone and regulates the daily business. He keeps a cool head even in difficult situations and has a solution ready for most problems.
Our guests meet the "Patron" everywhere in the house. He looks after you in the kitchen and takes care of the small technical and structural concerns in the house. But even his office chair doesn't get really cold - the bookkeeping and administrative work also wants to be done.

Rosa Knöbel - the grandma without whom nothing works
Rosa Knöbel is the senior boss of the hotel. She has always taken care of the laundry in the house and the many freshly baked cakes. Also in the Christmas bakery she gives full throttle every year! All "Alpenblick-Laible" are still baked by her herself!

Maximilian Knöbel - the nestling (or so)
The youngest of the bunch is Maximilian Knöbel. He will always be our nestling, even though he is not quite so little anymore. He likes to work in the technical areas of the house and loves to learn new techniques. He takes care of our guests in the kitchen, but also at the reception he doesn't cut a bad figure.

Jonathan Schnatterer - the "dwarf"
Our dwarf Jonathan has been with us since 2018 and hangs on mom Verena's skirt. Waste disposal is his great passion. He also helps out diligently in the hotel!

Ida Schnatterer - the "boss"
Ida has been with us since 2020. The little whirlwind already likes to follow in Mama Verena's footsteps. Ida is our secret "boss".

Since the Knöbel family not only likes to look after their guests, but also to swing the hammer, a lot has been renovated since then.

The Alpenlick has been in the care of the Knöbel family since 1964. The dance evenings at that time with a 5-man band were legendary

In 1998 our Alpenblick apartments in the main building consisted of a small single room and a double room. Then the rooms "Berg-Loge" in the south building of the house were combined from previously small single rooms into the beautiful rooms.

In 2006 things really got going. The Alpenblick suites with the great winter gardens, the Alpenblick studios and the deluxe double rooms were created in the main building. All the Knöbels have actively helped to create 6 new rooms in a few weeks.

In 2001, Barbara and Karlheinz bought the neighboring house and the Alpenblick guest house was built. The large berg-apartments in the guest house were then built in 2010. Since then, our guests have been able to enjoy their holiday with a view of the Alps in these 3 beautiful rooms.

Since 2014, the Alpenblick is now hardly recognizable. The restaurant was completely redesigned and the entire entrance area including the reception was rebuilt. Our alpine room was also added. Since then, it has been used for private parties and small celebrations.

Then in 2018, things got busy once again! This time rather behind the scenes, because a new kitchen was created. In just 6 weeks of remodeling, the complete "old" kitchen along with the building was torn down and rebuilt. In addition, we installed an "energy management" system that manages the power distribution for the large appliances in the house.
At the same time we installed an elevator in the main building for our guests and extended the parking lot above the hotel.In addition, our Buind & Bergsteiger rooms were created in the guest house in 2018.

In 2020 we then installed a solar system for electricity on the south building.

In 2021 our deluxe rooms and mountain lodges were renovated and the "Gaade" category was created.

In 2022 we beautified our middle restaurant and our small room and re-roofed the entire main house and also installed a solar system to generate electricity.